C-Class is the fourth Rank obtained by the player inside Super Power Fighting Simulator.

To get C-class, the player needs to reach a Total Power of at least 10 B power

A C-class player will have their power increased by 2.5 (from x4 to x10) and their token multiplier increased by 1(x4 total) which grants them about 150 Tokens per minute. After ranking up to C-class, the player will be awarded the C-Class Roblox badge.

C-class badge: C-class badge is a red shield that has 1 white widened V-shape line in the center which stops before reaching the badge outline.

Both its badge color and style are shared between B-Class and A-Class.

Aura: The aura for the C-class is Cyan (Arms) and Red (Body) 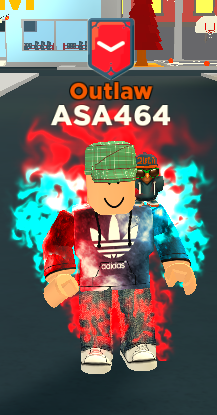 Check F-Class to have a reference on how to work on this page.

B-Class
Retrieved from "https://super-power-fighting-simulator.fandom.com/wiki/C-Class?oldid=8702"
Community content is available under CC-BY-SA unless otherwise noted.